Developing APL-130277, a sublingual formulation of apomorphine to rapidly convert Parkinson's patients from OFF to ON

Cynapsus is a specialty central nervous system pharmaceutical company developing and preparing to commercialize a fast-acting, easy-to-use, sublingual thin film for the on-demand management of debilitating OFF episodes associated with Parkinson's disease(PD). The Company has successfully completed a Phase 2 clinical trial for its product candidate, APL-130277, a sublingual formulation of apomorphine hydrochloride, or apomorphine.

Apomorphine is the only molecule approved for acute, intermittent treatment of OFF episodes for advanced PD patients, but is currently only approved as a subcutaneous injection in the United States. APL-130277 is a "turning ON" medication designed to rapidly, safely and reliably convert a PD patient from the OFF to the ON state while avoiding many of the issues associated with subcutaneous delivery of apomorphine. It is designed to convert all types of OFF episodes, including morning OFF episodes, often considered the most difficult to treat.

Cynapsus has initiated its Phase 3 clinical program for APL-130277, relying on the abbreviated Section 505(b)(2) regulatory pathway in the United States, and the Company intends to submit a new drug application (“NDA”) near the end of 2016 or in early 2017. 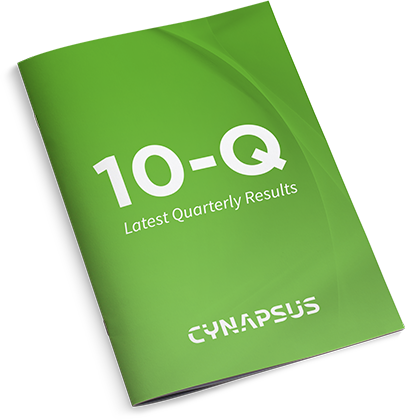 
Be the first to receive breaking news