THE ESTIMATED INCIDENCE OF PARKINSON’S DISEASE IS EXPECTED TO RISE FROM
THE CURRENT 4-6 MILLION CASES WORLDWIDE TO 8.7 MILLION IN 2030.1

Parkinson’s disease (PD) is a chronic, progressive neurodegenerative disease characterized by motor symptoms including tremor at rest, rigidity and impaired movement as well as significant non-motor symptoms such as cognitive impairment and mood disorders. The reemergence of PD symptoms is referred to as an OFF episode.

Cynapsus’ product candidate, APL-130277, is an easy to administer, sublingual thin film formulation of apomorphine. It is being studied to convert a patient from the OFF to the ON state and convert all types of OFF episodes associated with PD. Pivotal Phase 3 clinical trials are underway.

The sublingual thin film delivery of apomorphine avoids the normal gastrointestinal route of delivery used by most PD medications. This route is impaired as a result of the underlying PD effect on gastric motility. In addition, the oral ingestion of apomorphine is further compromised as 95%-98% is metabolized via extensive sulfination in the liver, rendering it completely ineffective at doses required for treating PD2. We believe that the sublingual thin film oral mucosa delivery of apomorphine avoids both of these mitigating barriers. Further, some data suggests that the oral mucosal route of delivery for drugs targeting the CNS is more optimal than other routes (such as parenteral), for potentially more rapid and efficient access to the brain. 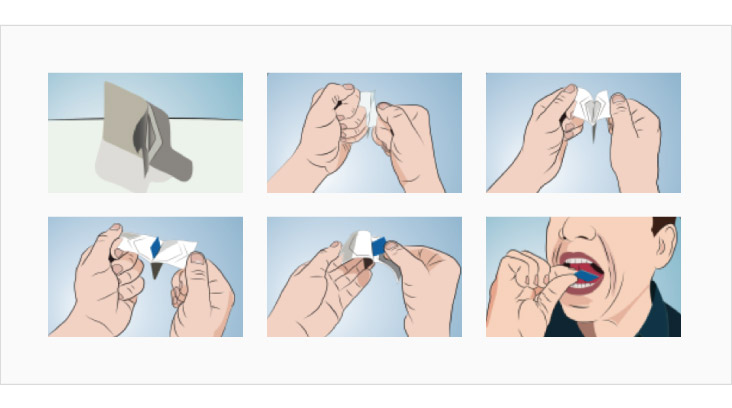